This year Career Expo hosted about 30 Exhibitors from colleges to Universities to disseminate information to the 3600 year 12 students who visited each Expo boot.

Professional Pilot Training was among the 25 Exhibitors to give out information about the courses offered and insight to what each student will uncover when successfully enrolled with PPT.

This year (2018) was the second year Professional Pilot Training part take as one of the Aviation   Institution in the Career Expo.

It was another successful year for the school, as most students who came through the PPT’s Expo boot were given the information they were looking for in Aviation Career. Besides, the information given to individual students was good enough to make some students rethink their choices when filling out their grade 12 school leaver forms.

Of which, 5 students from one of the high fee-paying schools in National Capital District, stated at the end of our session that, the presentation of PPT’s information, made a change to their decisions to take up Aviation in 2019, just like 5 of our students who are currently training.

Besides the information on the PPT’s brochures were more detailed and tailored to the understanding of the young year 12 students.

Both students and teachers who visited the Professional Pilot Training Expo boot were amazed and convinced by the way the course information guideline from the brochures was explain.

During this Expo about 495 students showed interest in sitting the PPT’s Electronic Aptitude test.

Of the 495 students, the scheduling of the EAT test again will depend on who pays to sit the test. Most likely a total of 20 to 30 students will be scheduled to sit the EAT test from the 1st to the 7th October 2018.

Moreover, students asked a lot of questions during their time at the Professional Pilot Training Boot, of which all questions asked were answered and at some stages students were referred to their Brochures.

One of the main questions raised by the students was on the course fees outlined in the brochure.

If the fees, they will be paying covers the whole entire course.

And yes, that was answered as what you pay for covers your study, boarding and meals cost etc.

On the same note, during the presentation I explained the fee schedule and which I emphasised strongly on the quarterly payment schedule so most students were made aware of that when talking to their parents of their interest.

These are some students from Port Moresby National High School. 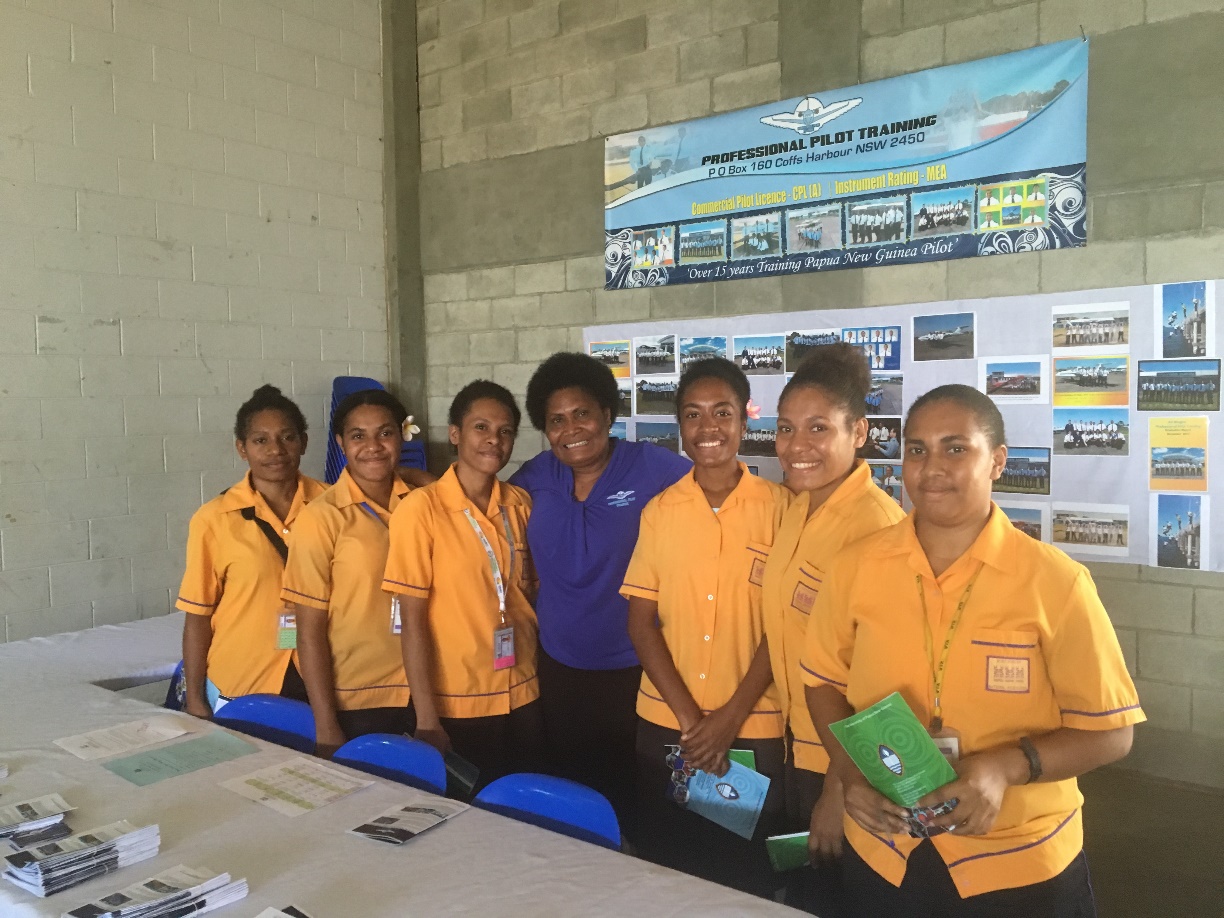 These are some students from Port Moresby National High School. 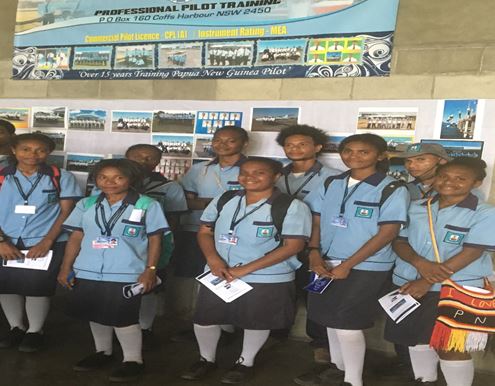 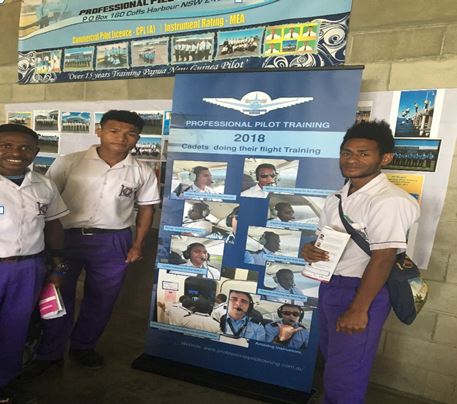 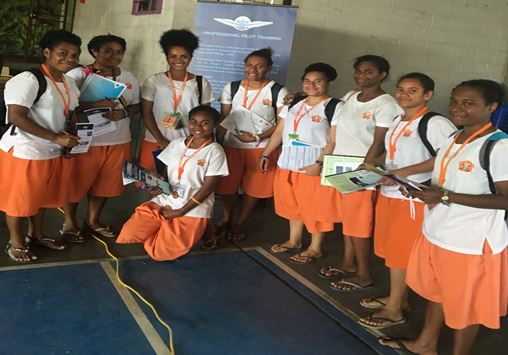 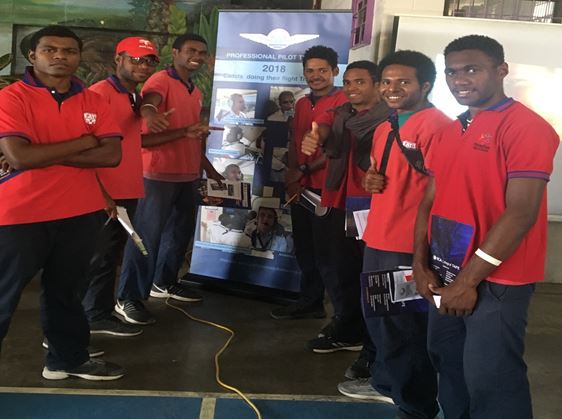 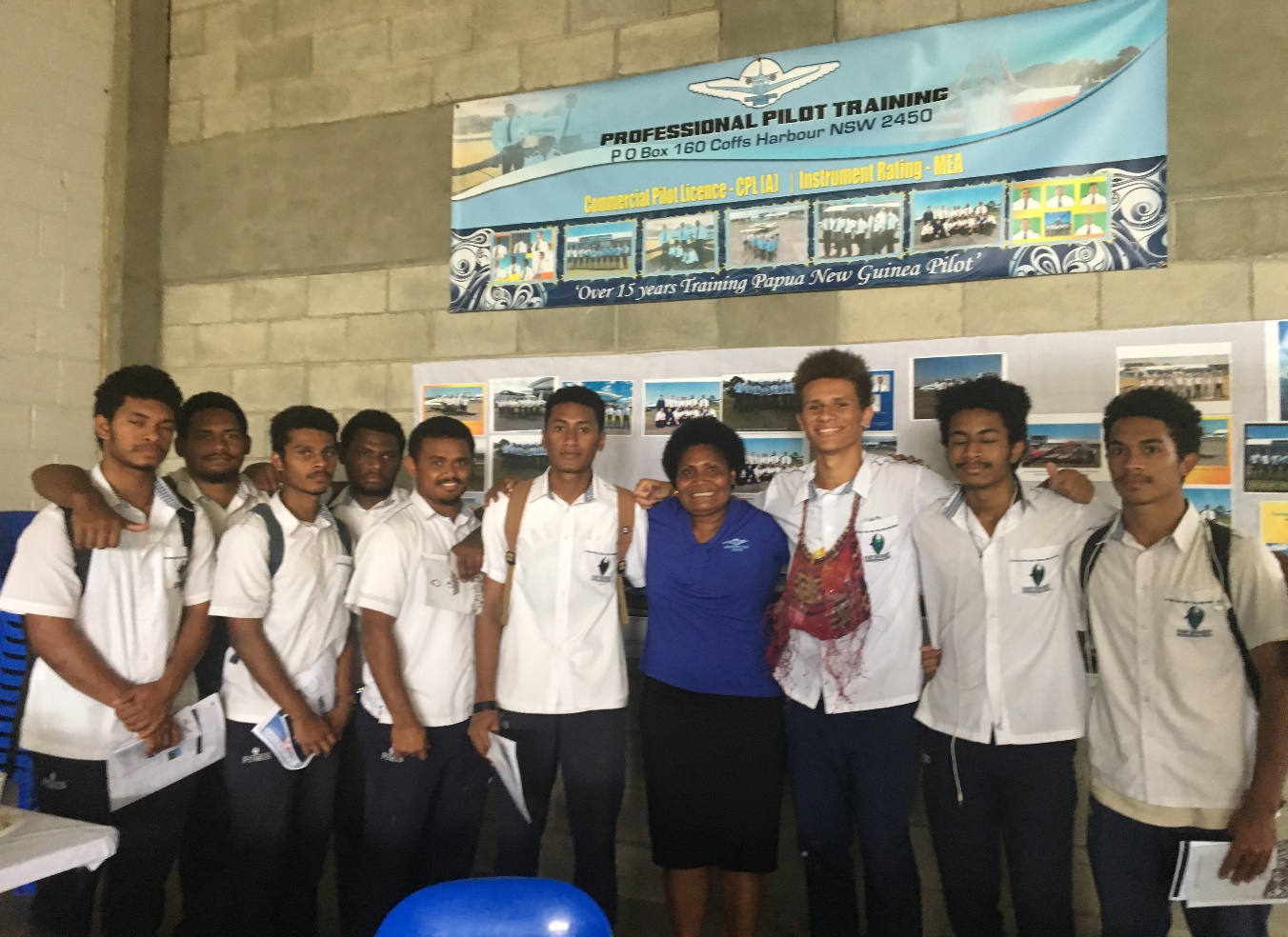 Below is an example of the Media Report of the Career Expo.

”These students are only proof of how successful the annual career exhibitions have been.”

Roselyn Banrogo, PNG Representative for Professional Pilot Training (PPT) in New South Wales, Australia, stated that there were initially a total of 11 pilot students who enrolled with the school – five of which were from various secondary schools in Port Moresby (POM). And six (6) more to join the 11 this coming Sunday with a total of 17 students under the self-fund program.

”These students are only proof of how successful the annual career exhibitions have been.”

Ms Banrogo stated that PPT did not have a required Grade Point Average (GPA) for its students, however they only needed to be exceptional in Advanced Mathematics and Physics.

“We don’t look at the GPA but we look at how good they are in Maths A, Physics and especially English because that is the language that they will use when communicating.”

Meanwhile, Ms Banrogo added that disabilities such as eyesight problems were not an issue for students who wished to undertake pilot training at PPT.

“If students are short-sighted, they will be referred to an eye doctor; but prior to training, they will sit for electronic aptitude tests which will determine their aptitudes to fly,” she said.

“We actually have had some students who were short-sighted but it wasn’t a problem, as long as they had their glasses on.”

PPT has been operating for the past 12 years in Coffs Habour, New South Wales, Australia and is fully engaged with the Air Niugini Pilot Training 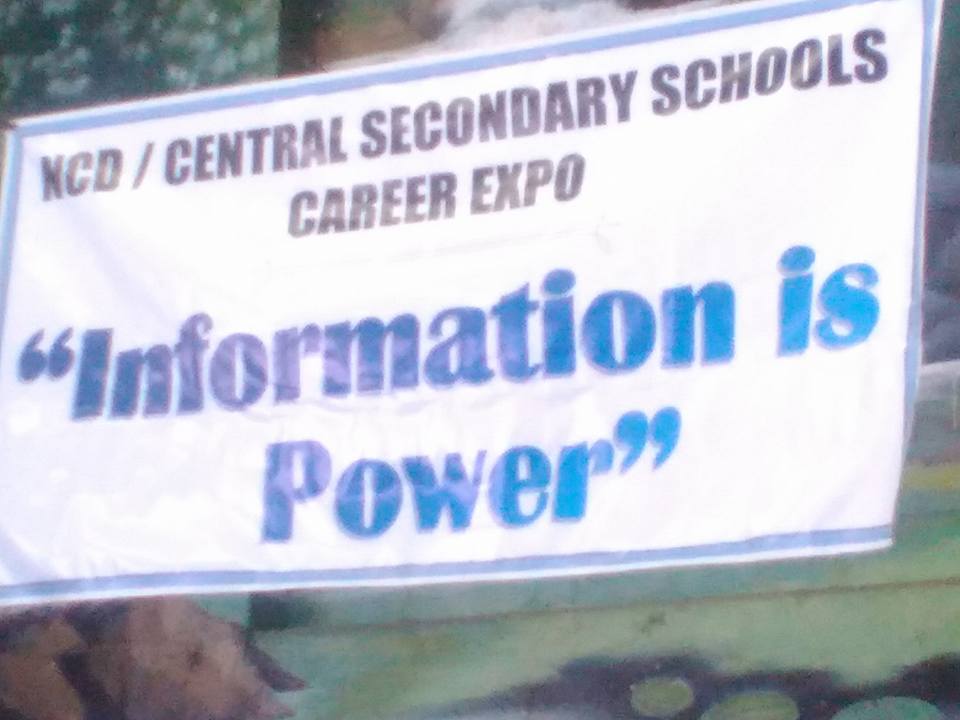 PPT Coffs Harbour and Port Moresby Team set up a stall at the NCD Career Expo for all the grade 12s this week at Pomnaths.

Power of networking and partnership in career paths guidance for the future Human Resource in PNG and abroad. The Career Expo for grade 12s also made it possible for all in different professional fields to share ideas and information holistically for information is power.

Power of networking and partnership in career paths guidance for the future Human Resource in PNG and abroad. The Career Expo for grade 12s also made it possible for all in different professional fields to share ideas and information holistically for information is power.

The Career Expo opened so many opportunities career pathways for our Grade 12 students. And I'd like to commend our NCDC Chair lady for this program and her Committee members for a well organised event. Excellent Team work. Professional Pilot Training Team were amazed with student audience behaviour and are looking forward to 2018 Expo.

We are visiting Port Moresby for the 2017 National Capitol District Careers Expo and our Careers Seminar at the Lamana Hotel on Sunday the 20th of August 2017 between 1m and 5pm. All interested parties are welcome  and admission is free. For more information refer to our Flyer below:

The skills demonstrated by the Pilot landing the aircraft in an Emergency situation is a testament to the skills of the Pilot “Zac Cox” and the calibre of the training provided at Professional Pilot Training.  You can follow Professional Pilot Training Media Coverage updates about the Emergency Landing at Archerfield Airport on the 27th of April 2017 at 4:30pm under our Mobile Site Media Coverage News Feeds at: